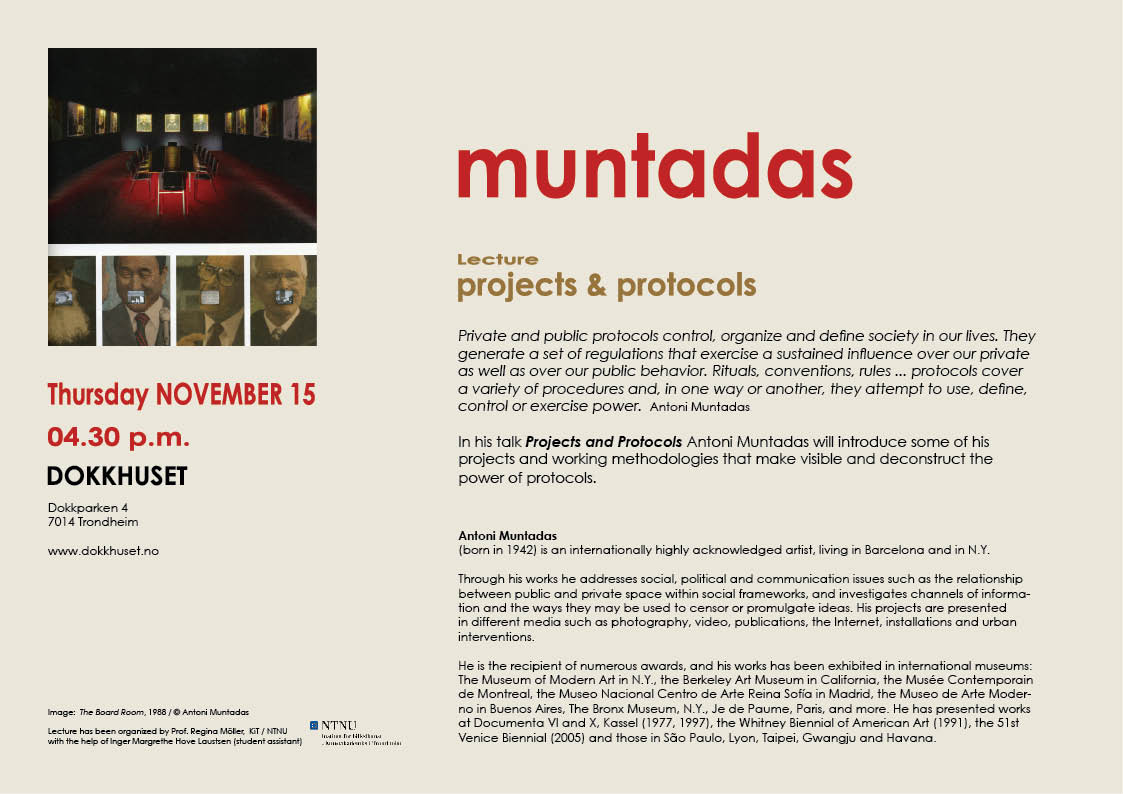 "Private and public protocols control, organize and define society in our lives. They generate a set of regulations that exercise a sustained influence over our private as well as over our public behavior. Rituals, conventions, rules ... protocols cover a variety of procedures and, in one way or another, they attempt to use, define, control or exercise power." Antoni Muntadas

In his talk "Projects and Protocols" Antoni Muntadas will introduce some of his projects and working methodologies that make visible and deconstruct the power of protocols.

Antoni Muntadas
(born in 1942) is an internationally highly acknowledged artist, living in Barcelona and in N.Y.

Through his works he addresses social, political and communication issues such as the relationship between public and private space within social frameworks, and investigates channels of informa- tion and the ways they may be used to censor or promulgate ideas. His projects are presented
in different media such as photography, video, publications, the Internet, installations and urban interventions.

He is the recipient of numerous awards, and his works has been exhibited in international museums: The Museum of Modern Art in N.Y., the Berkeley Art Museum in California, the Musée Contemporain de Montreal, the Museo Nacional Centro de Arte Reina Sofía in Madrid, the Museo de Arte Moder- no in Buenos Aires, The Bronx Museum, N.Y., Je de Paume, Paris, and more. He has presented works at Documenta VI and X, Kassel (1977, 1997), the Whitney Biennial of American Art (1991), the 51st Venice Biennial (2005) and those in São Paulo, Lyon, Taipei, Gwangju and Havana.