The art of archiving: Workshop with Shaina Anand and Ashok Sukumaran 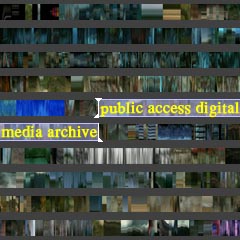 PAD.MA is a way of opening up a set of images, intentions and effects present in video footage, resources that conventions of video- making, editing and spectatorship have tended to suppress, or leave behind. This expanded treatment then points to other, political potentials for such material, and leads us into lesser-known territory for video itself... beyond the finite documentary film or the online video clip.

The design of the archive makes possible various types of "viewing", and contextualisation: from an overview of themes and timelines to much closer readings of transcribed dialogue and geographical locations, to layers of "writing" on top of the image material. Descriptions, keywords and other annotations have been placed on timelines by both archive contributors and users. At the moment, PAD.MA has 858 "events" on video, mostly from Mumbai and Bangalore. This adds up to 15 days 9 hours 29 minutes 13 seconds of fully transcribed video footage, which we expect to grow to more than 400 hours by early 2010.

The PAD.MA project is initiated by a group consisting of 0x2620 from Berlin, the Alternative Law Forum from Bangalore, and three organisations from Mumbai: Majlis, Point of View and Chitrakarkhana/CAMP.

‹ CAMP: Artist presentation by Shaina Anand and Ashok Sukumaran up